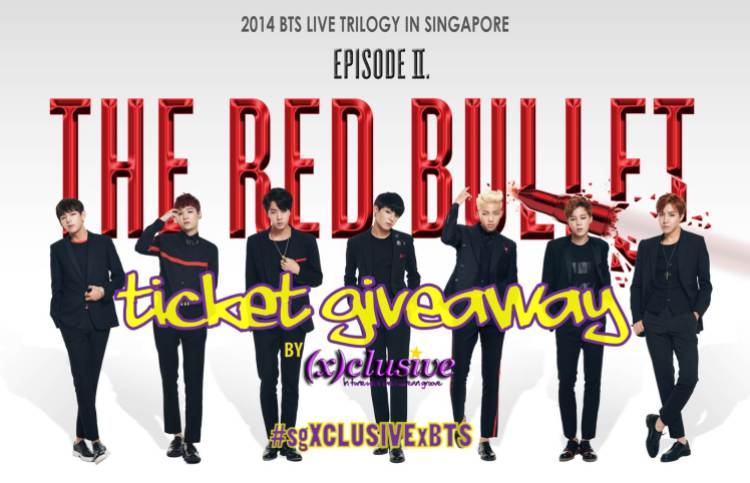 Calling all A.R.M.Ys! We’ve got some good news for you. (x)clusive will be giving away TWO pairs of tickets (one pair of CAT2 and one pair of CAT3 tickets) for you to catch BTS at The Red Bullet in Singapore much thanks to the awesome organizer, Three Angles Production.

(x)clusive will be giving away the tickets through Twitter! All you need to do is to trend #sgXCLUSIVExBTS at the following two timings for a chance to win.

To qualify, you need to follow (x)clusive on Twitter. Winners will be randomly selected and announced on @sgXCLUSIVE after each giveaway. Winners will have to DM us your Full Name, NRIC, Contact Number and E-mail to receive the prize.

Good luck to all A.R.M.Ys participating!

(x)clusive is proud to be the Official Supporting Online Media for BTS 2014 Live Trilogy Episode II: The Red Bullet in Singapore.

(x)clusive!: Bring the Boyz Out! Coverage of Boyz Nite Out Concert