With regrets, Fast Track Events announced that Lee Minho Global Tour 2014 [Re: Minho] Singapore, which was previously postponed to a later date, is officially cancelled by the main organiser, Seoul Girls Collection (Korea), on 11th November 2014.

Refunds will be done via the following methods:

1) Payment by credit card – refunds will be automatically credited back to original credit card used for the transaction.

2) Payment by cash / nets – customers are to proceed to Sports Hub Tix Box Office with their physical tickets and photo ID for a cash refund.

For more information on ticketing or refunds, please visit www.sportshub.com.sg, call Sportshub Tix at 6333 5000 or 3158 7888 or email them at enquiry@sportshubtix.com. 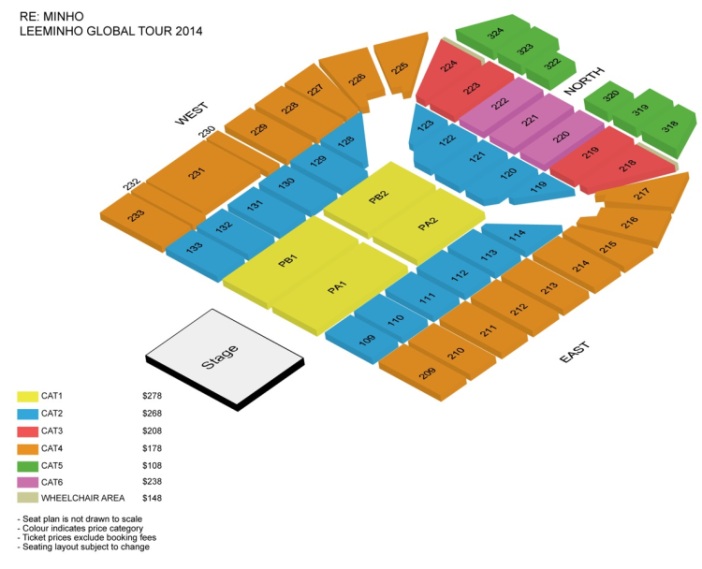 Ticket sales will commence on 10th October 2014, via Sportshub Tix website, Indoor Stadium box office and all Sportshub tix outlets at 10am.

Lee Minho will be heading to Singapore, on the 9th November 2014, as part of his 2014 Global Tour <Re: Minho>. His 2014 tour for <Re: Minho> will begin on 4th October 2014 in Beijing. After which, Lee Minho will be touring the other cities in China, followed by Japan and Singapore for his South East Asia leg.

Travelling along with him for this tour as a guest performance is the three-member rock band – Royal Pirates. Royal Pirates will be playing their hottest track for this show and to make it a little more interesting, they will be also performing together with Lee Minho.

Lee Minho, also known as the K-Drama prince, will be the first Korean actor to have his own full length concert tour. Fans can expect Lee Min Ho to be performing his latest tracks from his second album.

The organiser of Lee Minho Global Tour 2014 <Re: Minho> Singapore, Seoul Girls Collection (Korea), promises that this will be an exciting and memorable night for all MINOZ attending the concert.

JYJ to be back for another concert this year [UPDATE]